kavita bhatnagar
A food technologist by education, techno- commercial by profession and a foody at heart. Discovering and appreciating good food is my habit and experimenting with various flavors, and cooking techniques my passion! Food styling is my hobby and eating a favourite! Why this blog name? Because I always look for the green dot, because I am a vegetarian - no egg,no gelatin! I believe that you can find good food anywhere, sometimes at the places you least expect!I also believe that food is meant to be shared and its okay when you offer somebody your favourite food and secretly wish that he refuses so that you can have it all by yourself!Good food is omnipresent! You need to have the nose for it :)

Who said healthy can't be yummy!
Ummmm....I myself used to think so until I created this. 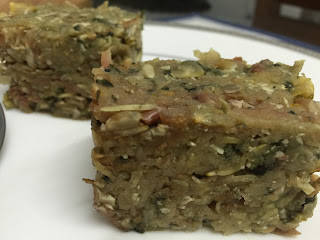 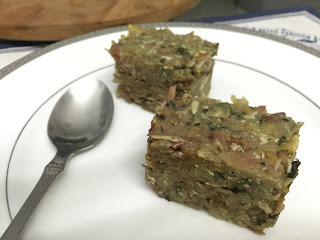 It is sooooperr healthy, super filling and good to keep you going till your next meal!

1.Wash and soak the seeds overnight.
2.Grind the seeds with a little water  in pestle and mortar next morning.
3. Mix it with grated apple.
4.Spread it in a cake tin and bake in a preheated oven for 20 minutes at 200 degree Celsius.
5.Mix it while still hot and with the help of a mould, plate it on a platter.
6.Sprinkle some freshly ground cinnamon.
Enjoy while still warm!
Posted by kavita bhatnagar at Tuesday, November 24, 2015 No comments:

Two beauties to whistle at!

A raspberry pinkKitchenaid Diamond Mixer and an apple candy Kitchenaid Fully Automatic Toaster became part of our family on the evening of 16th September 2015. The Mercedes of Kitchen gadgets as I call them, they are indeed beauties to whistle at! 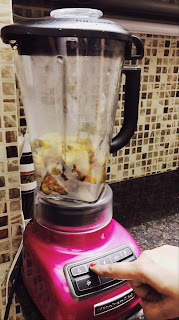 Being a food scientist, I could understand the versatility of the Kitchenaid Diamond Blender but was just waiting for the right time to procure it ( read -the moment the heirloom Usha Mixie conks off!).Now,there are some people who review, test run and re run things infinite number of times before closing the purchase decision and then there are people who are crystal clear in their mind about what they want. They go into the store pick up what they want and skate straight to the payment counter. The latter one being at the verge of extinction, I am perched at the cusp of the two types and do my online research and head straight to the payment counter, leaving the entire sales staff gaping and commenting 'Ma'am it is for the first time that we have sold these two things together at one go in under 30minutes" Satiated by the compliment I secretly blushed and smiled. My partner in crime (read my husband- Mudit ) acknowledging (but not validating) my sense of urgency, took over to settle the billing part while I meandered through the aisles to pick up some bread, mustard and cheese to dole out sandwiches for dinner. End of the sales process marked the beginning of a new era in our lives as we both wanted to hire a helicopter to reach home and plug in the beauties.
It is embarrassing even to admit that I had the excitement  of a five year old and finished reading the user manual under my cellphone's torchlight much before we reached home. Enroute I conjured up various recipes to try. Paneer bhurji sandwich...aloo sandwich?No...I need to try both my toaster and blender...Cheese Sandwich? No...it won't be filling as a stand alone.Rejecting several mental recipes I concluded making a paneer Tikka Sandwich.I quickly ordered a 'Paneer tikka' and it greeted me as I unlocked my home.
I put my handbag on to the couch, washed my hands and the mixer and emptied the entire contents of the paneer tikka into the jar along with the accompanying chutney and used the hot food function followed by chopping speed and was left with a creamy pasty spread ready to marry a piece of bread. My studio was already full of tandoori notes and my stomach began questioning my mouth for the delay. To water down the fight, I quickly buttered the sides of the bread and sandwiched the tikka paste, pressed into the sandwich maker and put it into the Kitchenaid toaster at level 4. Whoa! greeted the beauty in couple of minutes emerging out slowly carrying my perfectly browned Paneer Tikka Sandwich!
It was indeed a marriage made in heaven. We both gorged on the sandwiches and discussed what next is to be tried for breakfast!
Fully satisfied by the meal and my gadgets, I can't wait to try some long thought recipes!

Posted by kavita bhatnagar at Friday, September 18, 2015 No comments: